There are two organisations:

DPNW – Department of National Parks and Wildlife (renamed 1 Jan 2016 ex ZAWA) currently have 100 active scouts with approximately 70 of them are used for guest walking safaris in the bush camp throughout the May – Oct peak season.

CSL Conservation South Luangwa (formally CSSL) Started by Rachel McRobb 2001 and now CEO. It’s taken 12 years to be established and Richard is the Unit Leader with 18 years service and Benson is the Operations manager with 7 years service

Scouts: As of 9 May 2017 currently have 66 which 15 are women. They are trained CSL Scouts whose primary role is for Anti-poaching in the park.

CSL work with DPNW (ex ZAWA) together on law enforcement via road, patrols, air, boat , research, retrieval of snared wildlife, education of the community, sniffer dogs and with the full time vet on location at the base.

Training process of the CSL scouts:
Training is 3 months of intense physical, educational and firearm. During the training bullets are expensive and the scout receives a kit upon graduation which includes the scouts uniform, boots, roll mat etc. Selection is strict to ensure funds are not wasted. Training cost USD1200.00 per scout. Sponsors may donate to purchase a Scout kit and pay for the training course.

Bush Patrols: they do a 20 day stay in the bush and shorter stays of between 5 – 10 stays and there are daily patrols. A scout works 20 days a month average USD150.00 per month they receive a bonus for arrests

Vet – Dr Mwamba Sichander trained in Zambian. The vet is research focused and has been with them 4 years.

Canine Unit – 2 year old program, first organization in Zambia to have trained sniffer dogs. Currently there is a Black Labrador Rueger 5 years old, Dutch Sheppard x 2 Chi , Earl, Rudi and Currant. They are all rescue dogs from the USA and trained prior to arriving and locally. The dogs detect firearms, ammunition, leopard and lion skins, bush meat, wood, and ivory

Education programs in the villages with Chipembele and DPNW

Fines range from first offence for bush meat a warning through to jail for ivory/skins.

Investigations and Intelligence wings of DPNW for training, operations and equipment.

Ivory Trade goes out by motor bike to avoid the road blocks to Malawi, Tanzania and South Africa

CSL and scouts must have a ZAWA scout with the patrols due to law enforcement and in court proceedings.

Donors: They have 18 major donors including Taronga Zoo $10K per year 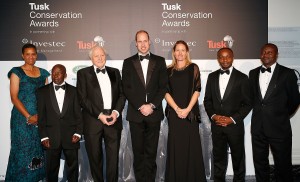 Rachel was a finalist in the 2016 Tusk Award , the event was held Nov 2016 at the and Museum with Prince William and Sir David Attenborough presenting. Rachel did not win though it has boasted the CSL position on a world stage.