It’s that time of year again, time to spend with family and friends, time to chill out a bit, time to reconnect, time to reflect, a time for a little indulging, time to say goodbye to past year and for a leap of faith into the new year.

Christmas Day we hosted 43 for lunch including a group of Belgium’s who worked together on the Pukkelpop Music Festival. Unfortunately due to fog in Dubai their Emirates aircraft was delayed and they missed the carols at Kalawani Pan though during their 2 night quick visit had sensational wildlife sightings.

It was a day of laughs, love, Facetime calls back to our family, Christmas cards and presents and topped with a beautiful Christmas lunch carefully co-ordinated and cooked by Ade and his team of sensational Chefs including Ngalande.

Goat’s Cheese Panna Cotta with cherry sauce and rocket salad
or
Quail Ravioli with a mushroom & sherry sauce
or
Poached Salmon fillet with a caper, lemon and butter sauce

or
Raspberry Pavlova with cream 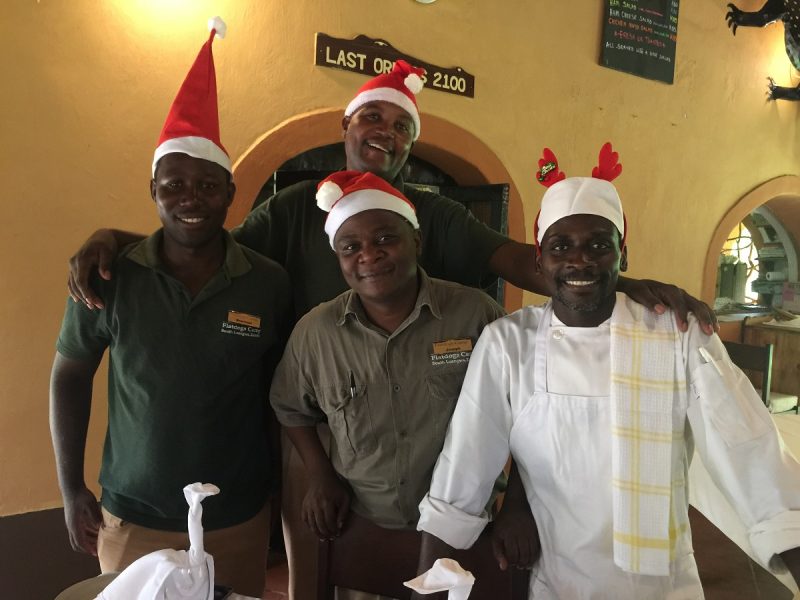 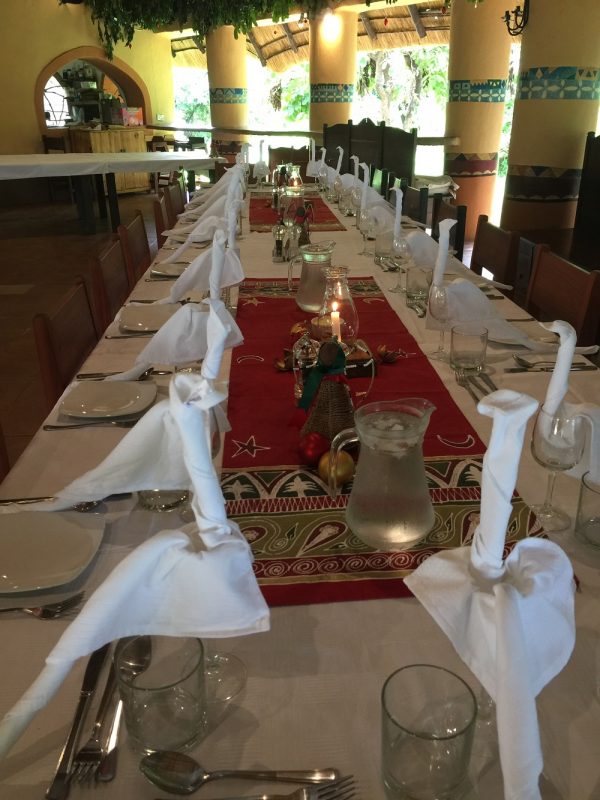 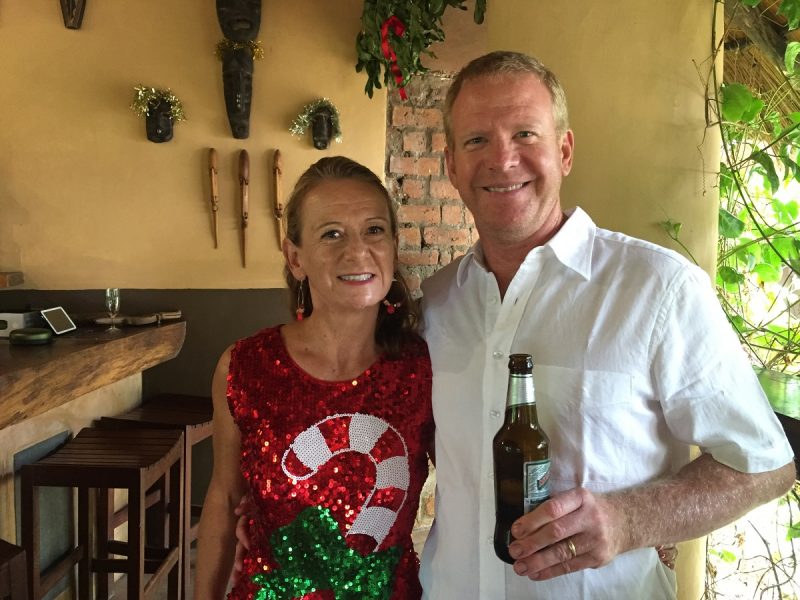