The wild dogs are one of the most sought after animals for the guests along with the lions and leopards. With less than 5500 left in the world they are highly endangered with the major impacts on them being population growth taking over their territories, disease from the neighbouring villages of rabies and anthrax, accidental snaring from poachers and general human conflict. They live in a pack and hunt over great distances. We have a pack of 23 that live in our main safari area and there are regular sightings of the dogs though at times in can be up to 3 months between sightings. It is primarily due to them denning while having their pups or generally moving around the park hunting. This season this pack of 23 dogs had 11 healthy and strong pups as shown.

Over the peak season I had heard and seen from guests about these stunning healthy pups and having seen the dogs numerous times in the park I was very keen to the pups before departing in January 2018.

December 16, 2017 Hannah and Tristan had been with us 4 nights and had enjoyed brilliant safaris with Kennedy. They were going home that afternoon and had one final morning safari to see the dogs. So as it sometimes happens a lot of pressure is put on our safari guides “please find us the dogs”. Knowing Kennedy their guide would do his very best I asked if I could come along on their safari knowing the priority was to find the dogs.

Wow we did find the dogs as attached. They were so healthy, playful, relaxed, inquisitive and this safari was a highlight of the 2 years for me in the South Luangwa National Park.

A special thanks to Kennedy for his perseverance and thank you to Tristan for sending me her photos. 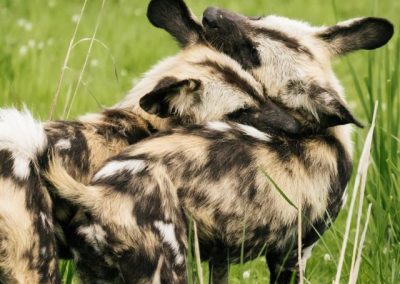 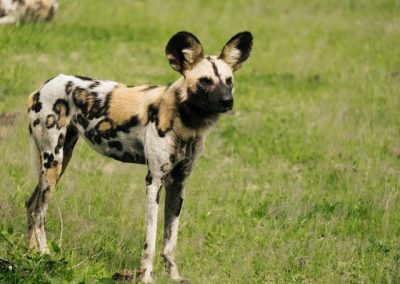